With accompaniment from the largest pipe organ in Canada, I had the amazing experience of performing songs from Love Hierarchy, as part of a specially prepared and integrated Sunday Service in the freshly tiled acoustics of Metropolitan United Church, Toronto.

Today Met welcomes singer/songwriter Jesse Laine, whose contemporary music focuses on some very ancient and biblically relatable concepts.  With the exception of one cover, each song performed today, is taken from Jesse’s debut album, “Love Hierarchy,” an album rich in moral strength. Below you will find a listening guide to help in today’s musical/spiritual journey.

Liturgy: The Text from the Amos speaks to theme of destruction, exile and enslavement. The loss of freedom and the loss of something more necessary than bread and water occurs when the poor are forgotten.Music: Slave explores the concept of humility as being a means to achieve spiritual growth.

I’m a slave
It’s all I crave
The smoke and haze, an endless maze
It’s all the rage, it’s comfort for the caged

I’m a slave
‘Cause truth is only for the brave
I heed no call, I won’t be swayed
I’m tethered to the wall of Plato’s cave

And I’m a slave now honey
My master’s name is money
I’ve made the grade, my way is paved
It’s all just one more step closer to my grave

And I’m a slave
But in who’s house do I lay my faith?
It’s my only choice and time will tell
But I’d rather be a slave in heaven than a king in hell

Liturgy: Pauls letter to the Colossians was written as a hymn with cosmic language and speaks to the Church’s universal embrace of every creature under heaven.  There is an inclusive core value that celebrates all religions.

Music: Samsara is a Buddhist term for the cycle of reincarnation. Using this concept, the song explores how each of us has walked many roads.  This idea of having led every man’s life allows us to see past our current life’s material position/status and examine life’s deeper spiritual context.

I’ve been the head of state, I’ve built nations with blood and stain
I’ve suffered a woman’s fate, birthing the world through love and pain
I’ve walked hard roads of menial and despair
No answers, no rewards, and no one who would care

I’ve fought dragons to save the damsel in distress
I’ve spurned her love and in turn been spurned, I’ve torn her dress
I’ve led the charge, I was the first in line to fall
I hid within a lie, I’ve cowered behind the wall

We’re back once more, this life is not by chance
To tally the score, we’re in for one more dance

I’ve measured experience, seeking truth through skill and knowledge
I lived with the earth beneath my feet and the jungle as my college
Slaves and mistresses to fulfill my command
I’ve drunk pleasures of the flesh, I’ve known the kingdom of the damned

Fate is our design, debt follows death and birth
What’s yours just can’t be mine, what’s golden is what we’re worth

I’ve tempered my will as a monk with begging bowl and bed of stone
I’ve sharpened my wit to make the deal, the world I’ve bought and sold
I’ve sung praises of the birds with the sheer instinct for survival
I’ve learned patience as a stone, waited millennia before revival

Time’s a funny thing, it loops and it rolls
Al elliptical swing, as it marches towards the goal

A poet, an artist, civility to mirror the divine
I’ve dissed it all in the trash, lived the gospel of the wine
I’ve known the order of the cosmos, and Tao of life on earth
I’ve raged behind glass wall, chasing fire in the hearth

Fate is our design, debt follows death and birth
What’s yours just can’t be mine, what’s golden is what we’re worth

Liturgy: The gospel writers speak to the beauty of a listening and active faith with hands on implementation as the incarnational component that manifests in the beauty and healing grace of God.

Music: Beautiful Life promotes the beauty and harmony of the sum of life’s perceived good and bad events. Additionally, faith is seen as being the guiding light through life’s darkness and unknown.

She’s a beautiful wife
Forget the blame, forget you’re right
She knows your name, she holds the light
It shows your shame, it shows your might

We’re all beautiful by candle light
We’re all vain, we’re all spite
Forget the feign, forget the blight
Forget what we’re not, enter the light

Liturgy: The text speaks to the brokeness of two people – both Mary and Martha. The spirit of Martha and Mary is in conversation with the wounded bird embracing healing and mending of the broken wing.

Music: Wounded Bird  discusses the difficult part of friendship in which we can love and guard as much as we have to let go; while hopefully having the grace to promote optimism, light, and love, unconditionally.

Wounded bird, what have you heard?
From sublime to absurd
You were flying so high
You were trying to keep
The tears from your eyes
Then you fell
And somehow missed the earth

And landed in hell
Where shadows are real as all that you feel
And ghosts speak the truth of your past, of your youth
And the buzz in your ear is a shot full of fear
And the devil’s open hand is that of your best friend

Beautiful loon, I’ve seen your plume
Jeweled feathers catching light of the moon
And I’ve heard the call of your tune
Thread bright through the gloom
And I’ve woven colours through the heart of your loom
Now our fates are tied
So please don’t give in to your pride

Don’t hide all your love
And cloud your view from above
Don’t use your gift and your art
To serve a dark and angry heart
Mistrusting the light because it’s subtle and slight
Oh, what could I sing to help mend this broken win

Liturgy: The response to the word examines the key element of harvest of the mind. Ethical ideas are given as legacy by our forbears to bring testimony today of the core values that bring harmony and vitality for our community.

Music: The word Fa, references Falun Dafa; a cultivation practice based in the universal principals of truth, compassion and forbearance; the term itself is understood as being the great law of the cosmos.  This song celebrates the ever present duality that is life on earth as a venue for spiritual growth.

Down, down, down
‘Cause it’s all concealed
But it gets all revealed
In subtle ways
And I’m holding out for good times
Because sometimes in my mind it’s alright

I give it all away now
I found the Fa
‘Cause it’s all a test, but I’ll give my best
If it’s not too late
As we’re racing towards the finish line
I keep love, of the Divine, in my mind
And it’s alright

And it’s all for real
It’ll get all revealed
In none-too subtle ways
But I’m still holding out or sunshine
‘Cause in that light we’re all bright
You know I’m gonna see us make it through
Bet you know it’s true, it’s up to me and you

Liturgy: The choral benediction proclaims in the bold sharp texture of words our continued call to be the herald of sacred life.

Music: Waters of March was chosen as the only non-Jesse written song because of its direct connection with the theme of the duality of good and bad in life. Under which leaf life’s magic may be found is an ever evolving mystery.

A stick, a stone, it’s the end of the road
It’s the rest of a stump, it’s a little alone
It’s a sliver of glass, it is life, it’s the sun
It is night, it is death, it’s a trap, it’s a gun
The oak when it blooms, a fox in the brush
The knot in the wood, the song of a thrush

The wood of the wind, a cliff, a fall
A scratch, a lump, it is nothing at all
It’s the wind blowing free, it’s the end of the slope
It’s a beam, it’s a void, it’s a hunch, it’s a hope
And the river bank talks of the waters of March
It’s the end of the strain, It’s the joy in your heart

The foot, the ground, the flesh and the bone
The beat of the road, a slingshot’s stone
A truckload of bricks in the soft morning light
A shot of a gun in the dead of the night
A mile, a must, a thrust, a bump,
It’s a girl, it’s a rhyme, it’s a cold, it’s the mumps
The plan of the house, the body in bed
And the car that got stuck, it’s the mud, it’s the mud
A float, a drift, a flight, a wing
A hawk, a quail, oh, the promise of spring

And the river bank talks of the waters of March
It’s the promise of life, it’s the joy in your heart (repeat)

A point, a grain, a bee, a bite
A blink, a buzzard, a sudden stroke of night
A pin, a needle, a sting, a pain
A snail, a riddle, a wasp, a stain

A snake, a stick, it is John, it is Joe
A fish, a flash, a silvery glow

A sliver of glass, a life, the sun
A knife, a death, the end of the run
And the river bank talks of the waters of March
It’s the promise of life, it’s the joy in your heart 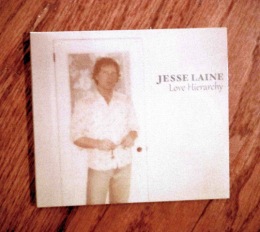